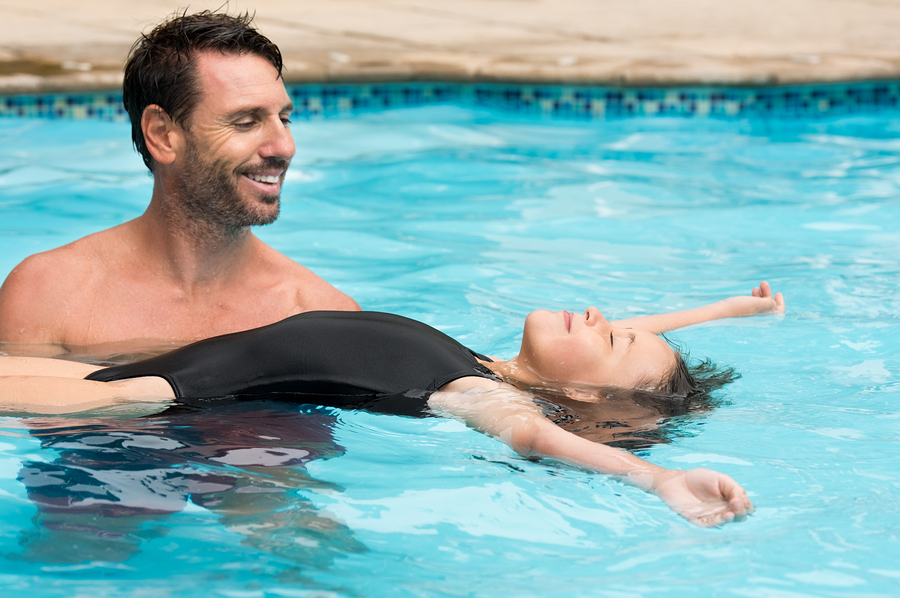 Ivory soap floats.  I guess that is helpful if you’re taking a bath.  You don’t have to go searching for it on the bottom of the tub every time you want to use it.  But that’s about the only advantage it has over Dial or Zest or any of the other competitors.

However, there is something else that floats.  Unlike Ivory soap, if this item did not float the world would be a much different place.  Perhaps earth would not be uninhabitable, but living on this planet would be bleak indeed.

Virtually all liquids contract and become denser as their temperature decreases, until finally, they congeal into a solid.  The solid, being denser than the liquid, sinks to the bottom and the process of congealing continues from the bottom up.

Not so with water.

Water contracts until it reaches 4 degrees C.  At that point it expands continuously until it finally congeals into ice.  The coldest water is actually at the top.  At that point another phenomenal event occurs.  The instant ice forms it expands even further, causing it to float.

If water followed that natural law of other materials, bodies of water would freeze from the bottom up.   And once frozen hardly any heat applied to the surface would cause them to thaw.  Michael Denton, in “Nature’s Destiny”, explains that in a vessel containing ice at the bottom and water at the top, Rumford made the upper liquid boil without thawing the congealed ice cake below.

If the natural law of materials had prevailed with water, the ice cake at the bottom of lakes, ponds and rivers would have increased with every occasion of freezing until the entire body was frozen solid.  Then there would only be small pools of water on the surface as the summer sun would thaw.  And those would freeze again at the first opportunity.

Our rivers, ponds and lakes would be devoid of life.  So would large portions of the oceans.  As a matter of fact, most of the water on earth would be permanently frozen into vast beds of ice on the bottom of the oceans.

William Whewell, master of Trinity College, Cambridge observed that the laws governing water are apparently a contrived violation of what would otherwise appear to be a natural law.  He further states that the expansion of water at 4 degrees C as well as the expansion of ice are two independent properties both of which “are mutually adapted toward the end of preserving bodies of liquid water on a planetary surface”.

I will end with the observations of Lawrence Henderson, professor of biological chemistry at Harvard University concerning the thermal properties of water and ice. (1)  Henderson states:

If not for the properties of point 1, most of the water on earth would be permanently frozen into vast beds of ice at the the bottom of the oceans.  Lakes would freeze completely from the bottom up in the higher latitudes.

Without the properties in point 2, the climate would be subject to far more rapid temperature changes.  Small lakes and rivers would vanish and reappear constantly.

Without 3, the difference between winter and summer would be more extreme and weather patterns would be less stable, and the great ocean currents such as the Gulf Stream, which currently transfer vast quantities of heat from the tropics to the poles, would be far less capable of moderating the temperature differences between high and low latitudes.

Again without 2, warm-blooded animals would have a far greater difficulty ridding their bodies of heat.  Henderson was particularly struck by the adaptive significance of the cooling effect of the latent heat of evaporation in the case of warm-blooded animals.  Because, as Henderson points out, “in an animal like man… heat is a most prominent excretory product, which has to be constantly eliminated in great amounts, and to this end only three important means are available – conduction, radiation, and evaporation.”  But at body temperature “very little heat can be lost by conduction or radiation and evaporative cooling is therefore the only significant means of temperature reduction. “And he concludes: “To sum up, this property appears to possess a threefold importance.  First, it operates powerfully to equalize and to moderate the temperature of the earth; secondly, it makes possible very effective regulation of the temperature of the living organism; and thirdly it favors the meteorological cycle.  All of these effects are true maxima, for no other substance in this respect compares with water.”  Conversely, as the temperature falls, condensation occurs and this releases heat which tends to counteract the rate of temperature fall.  Moreover, as Henderson points out there is another aspect of the fitness of the latent heat of evaporation – the fact that as the temperature rises so does the rate of evaporation and so consequently does the cooling effect of evaporation.  So the cooling effect of evaporation increases when the usefulness of the property is most needed.

Without 4 it would be harder for cells which cannot use convection currents to distribute heat evenly throughout the cell.

Without 5 the protective insulation of snow and ice, essential to the survival of many forms of life in the higher latitudes, would be lost.  Also water would cool more rapidly and small lakes would be more likely to freeze completely.

All of this is the precise suitability of merely the thermal properties of water.

It is my hope that as you read through these posts that you are beginning to appreciate the incredible precision of our universe from the galaxies right down to the membrane of a cell.

You are the work of the Master Designer